Depopulation is a trend that many European regions have been fighting since the rise of globalisation. Without gainful employment opportunities, people leave smaller (often rural) cities and villages for urban centres, which, in turn, creates a vicious cycle of disinvestment, disconnection, and, increasingly, despair in rural communities.

The 2017 ESPON Policy Brief Shrinking Rural Regions in Europe makes it clear that reversing this trend is far from easy, and demands new policy and governance approaches:

Depopulation requires new ways of thinking about rural development which re-envisions shrinkage not as a burden, but as a potential positive opportunity. Accepting shrinkage can help to reorient rural policies and investment decisions to re-grow greener, smaller and provide new openings to be innovative, modernise governance and public services through more holistic, pro-active and place-based strategies consistent with 21st Century realities. This requires coordinated government-led interventions and planned, strategic coordination of both growth-oriented and adaptation-oriented policy approaches, tailored to local conditions.

Many communities in Spain have experienced this shift profoundly, and some residents, feeling left behind by their government, have started various social innovation initiatives to save their dying rural communities. Perhaps the most well-known is the Caravans of Love, but our contributor Amaia Ortiz de Elgea Oviedo reports on other successful – and not so successful – initiatives that have taken place in the Aragon region of Spain. 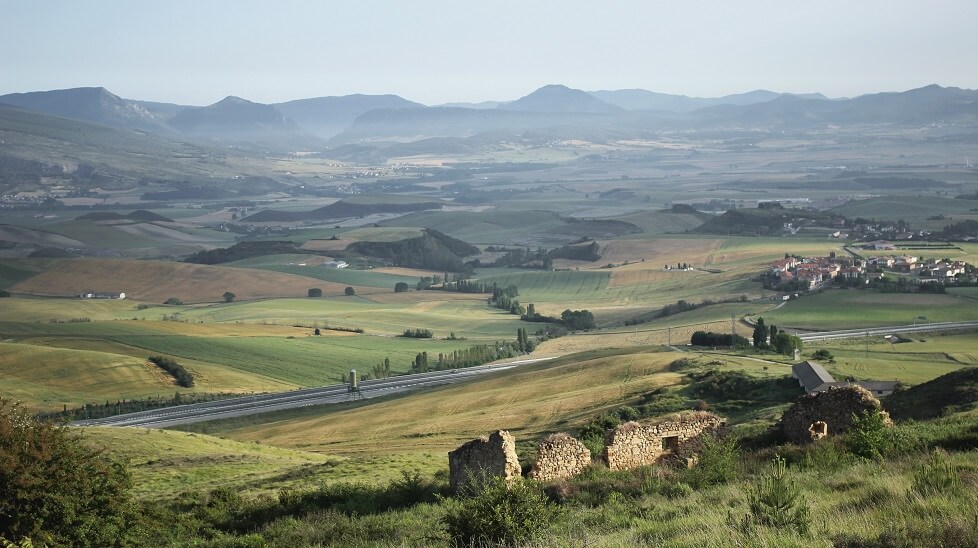 A tiny village in the Zaragoza province, Purroy de Jalon started to implement some measures to try to stop the devastating depopulation it was suffering in the early 1990s. With an average age over 60 years old, one of the most important objectives was to attract young people into the municipality. With this in mind, they offered free housing for any young couple wanting to move to Purroy. Nevertheless, the measures implemented were not very effective. When this process began in the 1990s, there were 60 people living in Purroy; today’s population is 19. The mayor of the village explains what she believes the main problems are:

There are so many cases in which all the measures against depopulation have not worked well. The most common one is to offer free houses, particularly to couples with young children. If so many villages do this to try to keep the local school open, because the schools are the heart and soul of the village, once they close, it just a matter of time that the village will die too. The measures tend to be successful in the beginning, some young people move in, but then they find that they cannot adapt to this new lifestyle, and six months or one year later, they leave.

We know that it is very difficult for them [urban people] to adapt to this new life. We lack some of the things that for them are basic necessities, such as the Internet. In consequence, we have tried very hard to have the Internet in Purroy, but companies will not make such an investment for just 20 people. Infrastructures are also terrible. If we want to take the train, first we need to walk to the nearest village.

Confirming her words, a couple who moved into Purroy in the 1990s explained their (unsuccessful) experience:

In the beginning, everything was perfect. People were so nice and helpful, they were all very excited about having new families and children around. But as the months went by, we saw that it was impossible to live there permanently. It was completely hopeless trying to find a job, we did not have a local school for our kids, and we had to drive them to the biggest village in the area everyday, which was not particularly easy because the state of the roads was not the best one. After five years we gave up and went back to the city.

Sadly, the future does not look bright for this small municipality, as the few local people still living in Purroy say they want to leave:

It is my village and I love it. I will always be connected to it. But I want to leave. I will be back on the weekends and on holidays, for sure, but I want to experience new things and it is not possible to do it here. I already feel I have lost a lot of experiences people my age would consider basic. As we had a long drive home, my parents picked me up immediately after school, so I was never able to meet my friends after class.

Despite the challenges, there are some Spanish villages that have managed to survive and even grow in this desolating landscape. For more than 20 years, only one family lived in the mountain village of Puertolas, and the death of the municipality seemed imminent when the eldest daughter and son of this five-member family decided to leave. However, a ray of hope arrived when a widowed man decided to move to Puertolas with his two children. The "native" family explains how they experienced that moment:

We felt we had won the lottery! We were happy living alone here, but our family has lived here for many generations, we are so bounded to this ground, and having the feeling that after us the village was going to die was very hard. Having these two little girls around, running and laughing, was like a miracle. There had not been children in Puertolas for many years.

In fact, the newcomer started sharing his and his daughters’ experience on the Internet and some other families decided to follow in his steps. The Puertolas-born family says:

It has been amazing! We have been extremely lucky. But this is not the way to fight depopulation. All the villages around here are dying. This man decided to move to Puertolas when his wife died, because he needed a change in his life. His work (he crafts musical instruments by hand) also allowed him to make this decision. Then he created that blog and some other people decided to move too, for a more alternative lifestyle. We are very happy with them. We keep repeating that we have been very lucky, but this is not the way: we cannot depend on traumatic events in people’s life and on internet trends to repopulate these villages. We need good roads, good communications. That is the only way. They problem is that the politicians have this very vote-focused view, and as we are just a couple of votes, they will not invest in us.

Another case of a successful repopulation took place in Camañas, Teruel. The mayor decided to take action against the continued abandonment of people by fostering a different and quite a controversial measure at the time: trying to attract South American immigrants.

It was very important for me that they were South Americans the mayor says because this way the language would not be a problem and inclusion would be much easier.

He also explains the motivation that immigrants have to move to Camañas:

We help them as much as we can. When they arrive, we show them the village and all the surrounding areas. We help them to find a job. If they are here illegally or they have any problems with the legal documents, we try to help them and to fix their situation in Spain. We give them a lot of things, but they give us something much more valuable; they have given hope to our village. Without them, we would be dead by now.

This deal also seems to be very fruitful for the immigrants. A Colombian woman who has recently celebrated her sixth year living in Camañas tells her experience:

When we first moved to Spain, we went to a big city, but our situation was not good there. We could not find any jobs, or just very low-quality ones. Then, one evening, I was watching TV and I heard for the first time in my life about rural depopulation and how some young people were returning to their villages. I thought it could be a good option for us. I started researching and in the following days I received many offers of free housing from several mayors. At first, of course, I thought it was a swindle, but it was real. We even did a “tour” among the different villages that had offered us accommodation. We finally chose Camañas and we could not be happier. They have helped us a lot, and I know we are staying here for the rest of our lives.

This immigrant-based repopulation has been a success for the municipality, with the local school being its best example: when this measure was implemented, the school had just three students and was about to close; currently 14 children study there.