Live Cases are a real-time journaling process for the Living Lab case studies. Follow along quarterly to learn more about the experiences and lessons learned taking place in the ROBUST Living Labs.

The Valencia Living Lab regional workshop took place on 25 September 2019 at the University of Valencia’s Research Institute of Local Development. 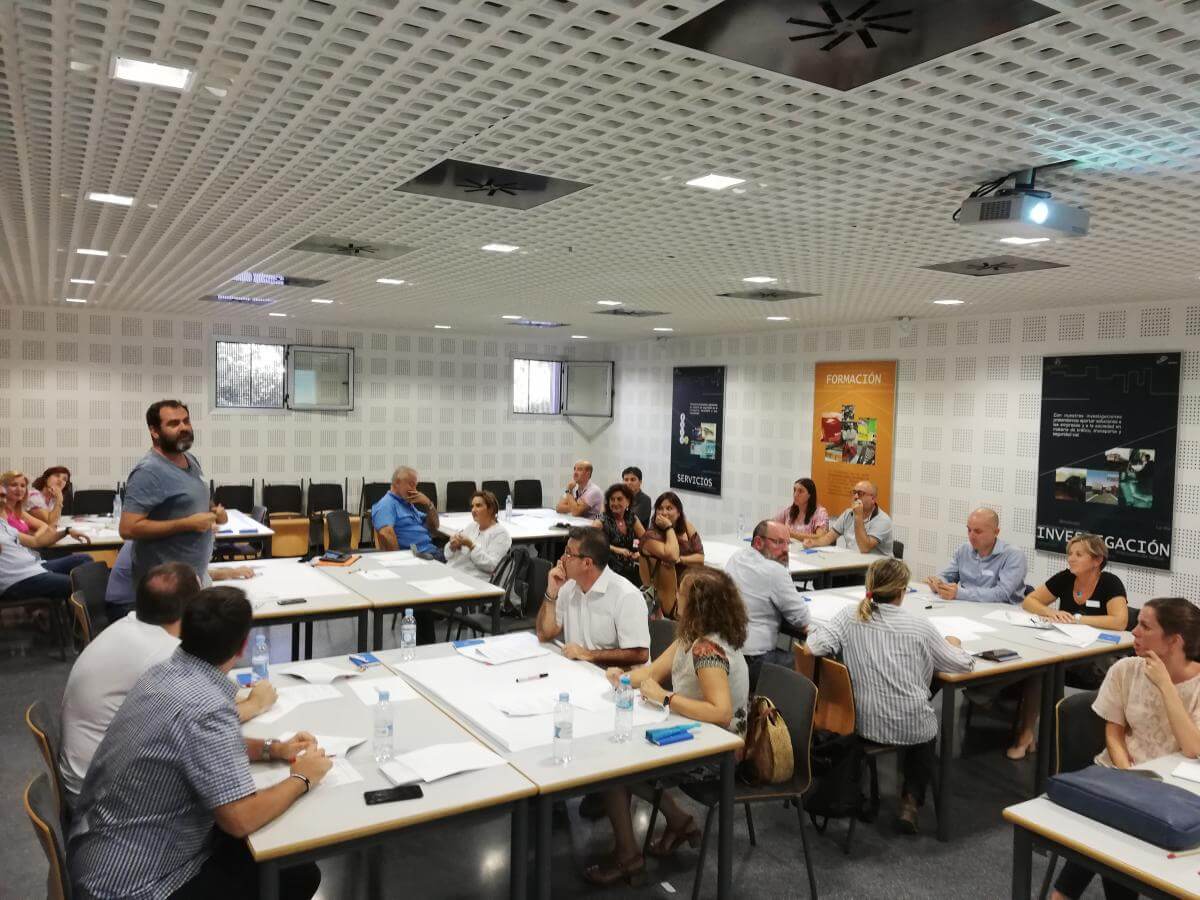 Regional Workshop with the key stakeholders held at the Research Institute of Local Development in Valencia. Photograph: Sergio Mensua (FVMP)

The key questions for the workshop were: What kind of interactions/relationships do we talk about? What other cross-sectoral relationships can be added?

Based on the previous discussions within the Valencia Living Lab, we presented the particularly relevant work areas for the cross-sectoral interactions in the Valencia region. For instance, could the LAGs and Territorial Pacts closely cooperate to support employment in remote rural areas with lower management or financing capacity?

The workshop participants were divided into six small groups to discuss the questions and draw conclusions. It was important to mix stakeholders to create diverse working groups, to best extract the possible cross-sectoral relations both across thematic domains and to regulations or information exchange.

Each group received a background document that included different examples of cross-sectoral interactions and then were asked to work together to collect their ideas on a large sheet of paper. Afterward, the groups presented their findings back to the entire workshop. 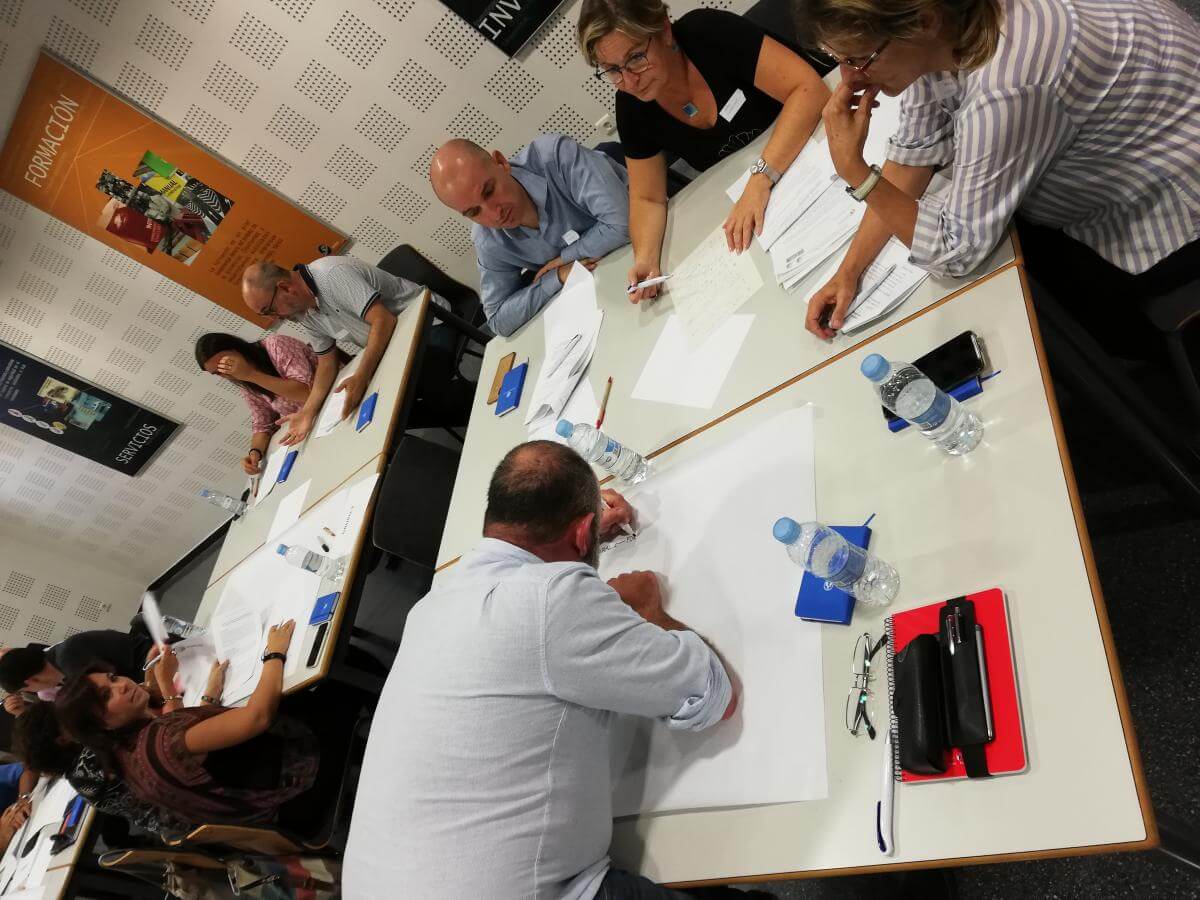 Some of the most notable findings include:

Some cross-sectoral relations already exist in some sectors, such as health and food, but there are none (at least explicitly or formally) with the governance instruments, such as Territorial Pacts for employment. Through this session, some interactions arose between the workshop’s participants. For example, the agricultural organisation of smallholders and the inter-municipal association coordinator.

Some of the strategies or actions to improve cross-sectoral interactions and rural-urban synergies include:

In general, the participants showed interest in attending the workshop and disseminated it through their social media channels. Most of the actors who participated in the previous focus groups for the project also attended the regional workshop, and noted that they are generally willing to continue participating in the ROBUST project.

The Envisioning phase provided a starting point for the Living Lab process, as well as common ground for discussion. First, the Living Lab team (research and practice institutions) selected potential stakeholders who could best represent the existing rural-urban relationships and governance frameworks. Farmers, landowners, planners, policy administrators and experts’ expectations differ in many ways on the overarching theme. However, it is important to realise that visions can change during the process.

Secondly, three focus groups have been carried out for this phase of work. The sessions had a greater focus on diagnosis and mutual knowledge, but also on sharing insights with one another.

This phase included envisioning new future scenarios for our work:

The Envisioning phase has been carried out in two steps:

The first step was to select potential stakeholders based on the engagement for sharing and interaction among them, and the following criteria:

In the second step, we used focus groups to tackle our challenge through the different Communities of Practice: Sustainable Food Systems; Public Infrastructure and Social Services; New Business Models and Labour Markets.

Three focus group meetings were organised by topic in order to discuss the main concerns in terms of governance and rural-urban relations. The events were held at the Valencian Federation of Municipalities and Provinces (FVMP) offices and each event was recorded (audio and video).

The same methodology was used for each focus group meeting. Experts gave a presentation on the ROBUST research aim, the Valencia case study, and Living Lab methodology. Then, regarding rural-urban and governance linkages, the focus groups provided a characterization of each stakeholder role for sharing; an analysis of the presence and/or links in the rural-urban territorial scenario; and then, which governance mechanisms each of the stakeholders participate in and how. Likewise, it also tried to envision where they could additionally participate.

The focus group participants were asked to answer one question about cooperation to give us an idea about the likelihood of future cooperation. The question was: “From this event, how likely are you to start new projects with the different actors (in the focus group)? 1 (not likely) to 5 (very likely)”. Relationships identified as 4 (likely) or 5 (very likely) on the Likert scale were used to form the potential cooperation network.

We developed an overview of the different relationship types by role. In general terms, the focus groups allowed us to capture the main views through the different stakeholder's roles. As shown in the figure below, it is possible to compare among organizations and identify multiple roles. 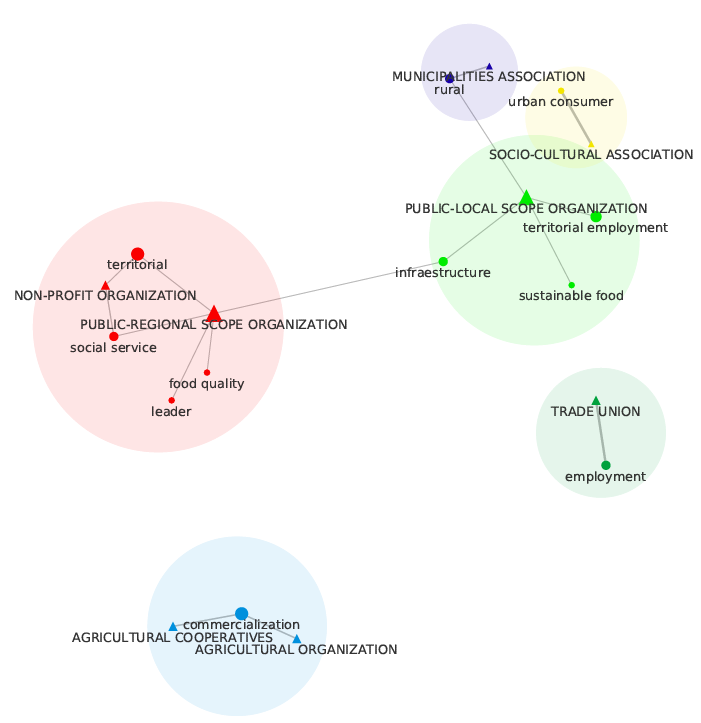 Combined mapping and clustering of the role by stakeholder group

The findings from our work with the thematic focus groups revealed some important considerations to be taken into account:

- The stakeholders emphasized that there is a global problem: low profitability in production.

- Many actions from policy-makers, agricultural organizations and civil society stakeholders around the more sustainable and proximal production are being taken.

- Strengthening the relations and cooperation mechanisms between producers-associations and policy-makers was an important issue.

- The LEADER strategy has proven to be the best example of territorial governance in rural areas, since it transfers the ability to design their own development strategies to local communities (through a bottom-up approach) and has a tradition in many areas.

- Some of the proposals were claimed to be an option to present in LEADER. The larger private initiatives that could stimulate the growth of these territories was appealed.

- Regarding social services, there is a weakness due to the superposition of competences and functions granted to the different administrations: municipalities, county councils and regional governments. Thus, thought should be given to how structure a regional model through the territories by creating supra-local governance.

- On the other hand, initiatives focus on a single municipality. It is hard to extend the territorial strategy from Valencia city.

- Different proposals were mentioned: create a territorial pact for the development; and study the Integrated Territorial Investment as an intervention mechanism for territorial development in rural areas. 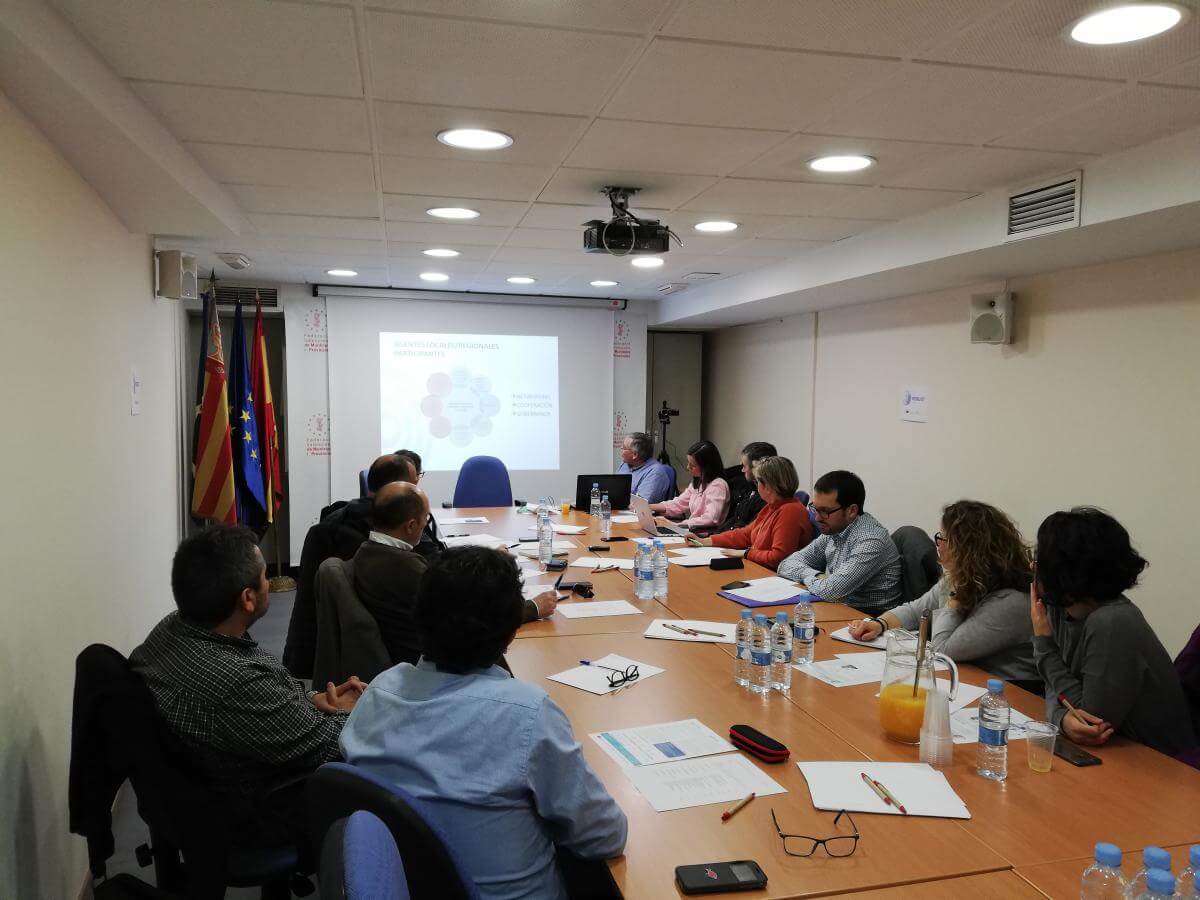 From our analysis of the focus groups, we found different potential cooperation links. In the Sustainable Food Systems (FG2) and New Business Models and Labour Markets (FG3), there is a tendency for the actors to cooperate. This trend is different for the actors working on Public Infrastructure and Social Services. (FG1).

According to our expectations, we can refer to the social networking among stakeholders at the different levels in order to identify what rural-urban relations are being generated. We have detected an interesting participation and potential collaboration among them (e.g. the case of agricultural members or the LEADER strategy together with municipalities association, as well the private institution of social service with the policy-makers).

Likewise, recognising the importance of having territorial governance instruments and encouraging their use where they are already established is key, as illustrated by the Local Action Groups (LAGs) and the territorial employment and agreement pacts.

The latter, in particular, need more proactive engagement by local institutional stakeholders. Both governance structures could potentially have a joint role and cooperation possibilities in overlapping territories.

It is important to highlight the established dichotomy between the political (Valencian Federation of Municipalities and Provinces) and scientific community partners (University of Valencia). Both are active institutions in the same territory, geographically located in and institutionally recognised by the city, but which have developed on parallel paths. The Valencia Living Lab offers a new horizon for both. It provide opportunities for possible meetings between teams, pooling projects, and ways to work and contribute ideas. It is also an opportunity to unite two worlds - academic and institutional - which have previously been somewhat removed from one another.

Today, the University of Valencia team has access to most of the agenda of the municipalities, participatory agents and decision-makers of the Valencian territory (stakeholders). The Federation of Municipalities are dealing with a diverse array of issues in the framework of territorial dynamics and socioeconomic development support for the municipalities, especially the smaller ones. The ROBUST project has created a win-win situation for both.

It was not until recently that the first focus groups were embraced in our Living Lab. These meetings were some of the most innovative experiences the team had. All the participants were aware that our region has a rural-urban polarity around the different Communities of Practice. As a result, there are increasingly complex territorial, social, economic and landscape realities and tensions that must be managed. Likewise, creating new governance structures or being involved in existing ones is directly and fully related to governance issues.

We will use social networking among stakeholders at the private (business, employees, etc.), public (regional and local governments), and social (consumers) level to identify what rural-urban relations and governance models are being generated, and to explore what effects they are having on development processes. The case studies are really interesting because of the increasing public interest in urban-rural relations around local food systems, and new business models and social services, as well as improved transport infrastructure. The strong relationships will hopefully increase participation and contribute to better assimilation of the processes of economic and social diversification by the stakeholders themselves. It will also allow policy-makers to identify obstacles to effective development measures and facilitate the implementation and change processes.

Generally speaking, our challenge as a Living Lab is to supply public services to an unequally distributed population in a very large area. We are curious to follow other Living Labs in the project to see if bringing urban benefits to the rural world generates a positive chain reaction within the private sector. Comprehensive development strategies are needed both for the region and for individual areas in order to manage the resulting challenges and take advantage of opportunities. The task is challenging because it clashes with the political-administrative structures, who are accustomed to working independently over short periods.